This series can be read in any order

I didn’t even know her.

The first time I saw her was my junior year. I went to Professor Cotterhill’s office for his office hours. Instead of the sixty-year-old man I expected to find, she was sitting behind his desk. She didn’t even talk to me then. She picked up a stack of papers, put them in her bag, and walked out of his office.

The first time we spoke to each other was my senior year. And the beginning of the end of my supposed-to-be hassle-free fuck, Mindy.

I hooked up with Mindy when I wanted. That was the extent of our relationship. We fucked, but only at her place. I didn’t want to have to deal with kicking her out of my bed and it was easier to leave hers. But then she got clingy. Lots of phone calls, texts, stopping by my apartment, and trying to get me to stay the night. I hated clingy. I tried to brush her off, but Mindy wasn’t too smart and didn’t get that I didn’t want to see her again. Then again, I wasn’t fucking Mindy for her conversational skills. I was fucking her because she was gorgeous and had the best set of tits I ever had the pleasure of meeting.

But her tits weren’t enough for me to put up with her attempts at achieving girlfriend status. I managed three years of college without having a girlfriend and had no plans of changing my streak during my last year. I dumped her via text—not my finest moment—when she tried to convince me to spend Thanksgiving with her family after two weeks into the semester. It was time to dump and run and I needed to do it the quickest way possible. A text seemed like the best way to keep her from the misguided belief she could have a future with me. If Kelsey knew of my desire to be permanently single during college, she never let on.

I didn’t know much about Kelsey. She was in the sorority Sigma Gamma. I know this much because I was friends with some of the girls she hung around with. But I had never seen her at any of the parties even though she was in one of the better sororities. She played golf and tennis, and she spoke French and Italian, and could read Latin. Kelsey Pierson was a fucking Renaissance girl.

She was smart. Kelsey started school with more credits than a sophomore. The first time I saw her, she was technically a sophomore even though it was her first year on campus. And she graded Cotterhill’s papers. She came from money. Her clothes and where she lived off-campus screamed wealthy family. She even had a nice car, not the usual gas efficient, cheap model every other student drove.

When I first saw her, I thought she was pretty in that cute like the girl next door way. But that was also when I thought she was my professor’s granddaughter. She wasn’t tall, but her body was toned, brown hair that might be called red in the right light, and the most amazing pair of green eyes. Even more amazing than Mindy’s tits.

But I noticed all those things later.

Kelsey was articulate and elegant in a way college students shouldn’t be. Her walk, her gestures, even her little facial expressions. She was a throwback to a decade before my parents were even born. She could have fit right into Don Draper’s world. And she wasn’t just smart. She was fucking brilliant. She wasn’t pretentious about it either. Kelsey could talk about any subject and her brain held specifics about everything. Theology, philosophy, history—it didn’t matter what someone was talking about—she could join the conversation without missing a step.

Before my last year of school, if someone asked me if I’d have a girlfriend, I would have said hell no. And if they asked me if I ever pictured myself with Kelsey Pierson, I’d have said fuck no. I might have stopped to consider it for a few minutes, after all, she was cute, but my answer would still be no.

She never showed up at any of the parties during my junior year. She wasn’t the kind of girl who fell for football players. Not even the starting quarterback who all but guaranteed his school a trip to a championship game. Plus, she wasn’t one of those super social girls. She was polite, but she held herself apart from everyone else. If she didn’t consider someone worth her time, she didn’t give it to them. She wasn’t rude about it, but she had a way of making a person feel inadequate when she wanted.

To her, I was a dumb football player who fit neatly into the stereotype of a college jock. But I wasn’t dumb. People were always surprised about that. I met all their other expectations so there was no way I could also be smart. But with a few exceptions, all quarterbacks were smart. They had to be if they were any good. I liked school. I studied for tests and didn’t rely on tutors or the notes the team kept for every class. Compared to Kelsey, I might have looked like a dumb asshole jock, but I just loved football as much as I liked history and lit.

I grew up in a suburb outside a big city. My skills on the field managed to grab the attention of a Division 1 school, even though I wasn’t from Texas where they spit out football players like gum balls from a machine. My family was well enough off that I didn’t need financial aid, but the school offered me an athletic scholarship. My older brother didn’t play sports and my younger sister ignored every extra-curricular activity. If the school paid for college, it meant my parents only had to put two kids through school instead of three. I was considerate like that.

I liked most of the guys on the team. I liked the campus. I liked my classes. And I loved the number of hot girls who didn’t mind being jump offs for the starting quarterback. Jersey chasers. Every college and professional athlete thanks the gods of sports for them.

Kelsey and I bumped into each other around campus after the first time I saw her in Cotterhill’s office. I couldn’t say we said more than hello. When we did find ourselves in the same room she did her polite, but not worth my time thing. When we got together, there were times when I fucked her really hard just because of her attitude.

I used to catch her looking at me, but it wasn’t like the other girls. Kelsey never looked at me like she wanted me. She looked at me like I was one of the papers she graded. Like she was trying to find a reason for me not being worth her time—I was too tall, too bulky, and too cocky. If I wanted to go pro when I graduated, I had to be big enough, so I worked out. A lot. I was 6’3” and close to 230 and I was going to get picked up in at least the second round of the Draft.

She was right about me being too cocky, but I had every reason to be.

The middle of September of my senior year was the first time she became more than just that cute girl I see around campus. It was also the first time we said more than ‘hello, how are you’ to one another.

When First Love is Everlasting Love

Aiden Rennol is going the distance. He’s starting his final year in college, the star quarterback of the football team, and well on his way to the pros. His reputation on campus is record-breaking, both on and off the field. One record in particular is the stuff of legend – no relationships. Ever. But he’s about to call an audible.

Kelsey Pierson is charming, beautiful, intelligent, and has a problem – Aiden entering her perfect world. On the surface, she has everything – wealth, academic success, and a set plan for her life after college. Becoming Aiden’s girlfriend is nowhere in that plan. But she’s about to switch majors.

Great story. Cried laughed, got angry. Emotional read. Highly recomend.
~ Bunni
One of the absolute best “rebound” romances I’ve ever read! I couldn’t get enough!
~ Shelly Ash
I truly enjoyed watching the romance play out between Mallory and Brandt. It was sweet, funny and real.
~ Dawn Y.
Sort of funny in a quirky way. Poignant and realistic... This story was easy to read, a truly delightful little tale.
~ Judi
... all is super serious, then BAM an awesome Friends reference sneaks up on me!
~ Lisa
Previous
Next 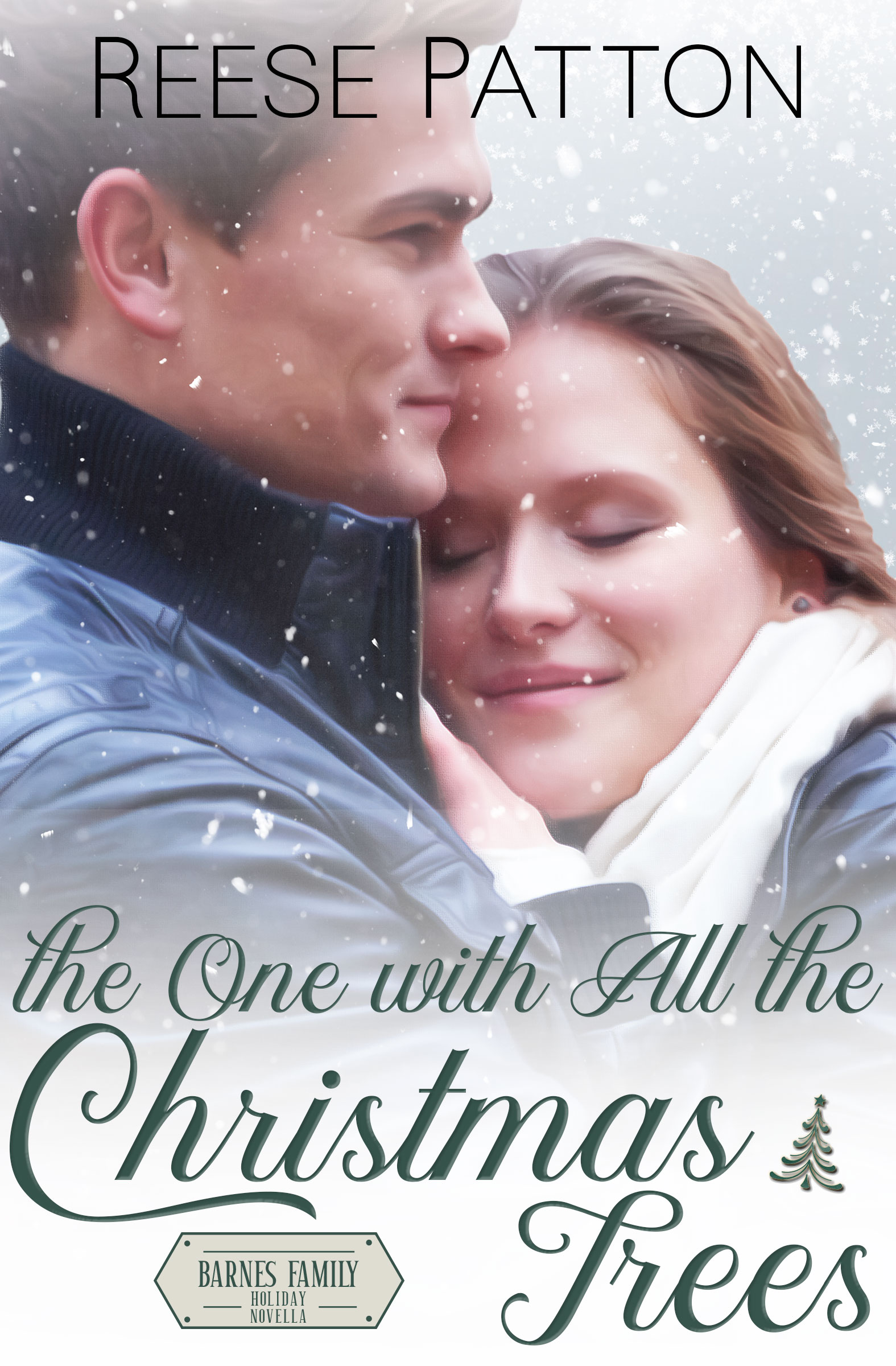