Ian stood in the rear of the Daily Herald elevator with Merideth next to him and his friends in a protective wedge in front of them. Her phone rang out a familiar blues song breaking the near silence within the elevator. The four men in front of her turned their heads and stared at her singing bag.

Merideth reached into the side pocket and drew out her phone. When a frown slipped across her full lips, Ian almost ripped the phone from her hands, but he resisted the urge. The call must have passed through to her voicemail because she didn’t answer it.

“Who is it?” Ian finally satisfied his desire to be informed and questioned her.
“No idea.” Merideth shrugged and tucked the phone back into the pocket.

He didn’t care for that answer. But Ian couldn’t discern if he didn’t like that she didn’t recognize who was calling her or that she might know who called, but didn’t want to tell him. Either explanation annoyed him.

Before he could reply, the elevator doors opened, and she moved ahead of Ian into the editorial room. Merideth hadn’t seen it yet, and Ian wanted to be in front her. He wanted to watch her face as she absorbed all the minor details regular visitors took for granted. His grandfather refused to alter anything about the room from when the building was first erected, and Ian honored the tradition.

He hurried over to Merideth as she looked around the room. Her response didn’t disappoint him. Merideth ran her hands over the surface of the octagonal table and gasped at the sight of the book-lined walls of the room. Everything about the editorial room was the antithesis of a corporate setting.

Ian was surprised when she sat down without him requesting it. Although, she probably wanted to study each of the books and only sat down so she wasn’t caught pulling the books from the shelves. When a journalist or editor published a book, Ian or his grandfather added it to a shelf in a private ceremony with the author. The room wasn’t just where the editors met and discussed the stories for the week, it was also a shrine to their hard work, dedication, and skill.

As the editors filed into the room, they all looked at Merideth, and then to Jason. Jason shook his head, stopping any questions from being asked. Wallace entered the room last and sat in one of the chairs against the wall. The first lesson Wallace ever taught Ian about the newspaper business was that publishers never dictated over editorial. The editors’ meeting was for the editors and the publisher sitting in on it was a privilege for the publisher, not the editors.

Ian only sat in on the Monday meetings and did it primarily so he wouldn’t be surprised by anything. Wallace accepted Ian’s tradition, and might have even agreed with it, but his grandfather never said as much.

The meeting covered the usual topics, and Ian ignored them all. Not that he planned to. In fact he prepared to have the editors lay out the week ahead for him, but he couldn’t stop thinking about the woman sitting next to him.

It didn’t help when she reached around him and tapped his grandfather’s knee. And then she passed his grandfather a note! An actual note. Like they were back in grade school. He prepared himself for a chastising look from his grandfather, but the old man read the note, smiled, and nodded over Ian at Merideth. It was as though Ian wasn’t even there.

When Jason first brought Merideth to his office on Friday, the last thing Ian expected was to be walking into the building with her on Monday morning. She was combative, and smart, and had an opinion about everything. And to add to it, she looked amazing in the dress Jason bought her for Friday night. So amazing, he didn’t want anyone else looking at her.

Ian had thought he’d need to keep men closer his age away from Merideth, not his own grandfather. But Wallace surprised them all by liking Merideth. He wasn’t supposed to. That was part of the plan. Wallace Stirling should have told Ian that Merideth wasn’t good enough for him. The old man should have demanded Ian break it off and then left them in peace until Ian’s next fling sold her story to the highest bidder.

The editors finished with their meeting. The only reason Ian knew as much was because they all stood up from the table and milled around, waiting for Ian to say something.

“Sounds good. If anything changes, let me know.” Ian had no idea what he was approving or agreeing to. When no one protested, he figured his response was appropriate.

Ian stood and grabbed Merideth’s hand, tugging her out of the room before any of the editors could corner him or her. Jason hurried after them and made it to the elevator before the doors slid closed.

“Ian, I wanted to talk with your grandfather.” Merideth poked at his shoulder.

“You can talk to him later.” He barely noticed the poking and their arrival on the thirty-fourth floor silenced any more of Merideth’s protests. He hurried her to his office.

Jason might have been behind them for all Ian noticed, but he didn’t care. For whatever irrational reason, one Ian couldn’t parse, he didn’t want anyone looking at Merideth much less talking with her. He needed to find an excuse to keep her penned away in his office. One she wouldn’t be able to argue.

Maybe he could find a story for her to research? Something that constantly got pushed back because there wasn’t enough time to dig deep when other, more urgent, stories crossed the desks of his journalists. Ian sat at his desk and looked through the list of features that never quite made it to press because an editor wasn’t convinced the journalist had the story. When he finally found one that might interest her, he looked up at her.

Merideth sat on the couch, listening to a message on her voicemail. The call she hadn’t answered in the elevator. She wasn’t paying attention to him, she was too busy writing something on a pad of paper. But Ian heard a few of the words from the message.

He jumped from his chair and crossed his office, snatching the phone from her hand and pressing the speaker button.

…visas from England and ties to the mayor’s office.

What the hell? Ian looked up from the phone and stared at Merideth.

He’s powerful and rich. But she was my friend. Please Ms. Gardner, don’t just ignore this message

“Who is this?” Ian hoped Merideth didn’t know the caller. He recognized the voice. When he first heard pieces from across the room, he didn’t think it was possible. Once he heard the voice though, he was certain.

“I don’t know.” Merideth closed her notebook and slid it off her lap.

“Why is she calling you?”

Ian turned the speaker off and ended the message. He pivoted on his heel and strode out of his office, leaving Merideth alone. He needed assistance, but not the kind of help Jason usually provided. If the girl was calling Merideth, she had to have ulterior motives and Jason wasn’t good at cleaning up messes like this. Jason was better at cleaning up the public relation messes.

If Ian wanted the caller silenced, he needed Stone.

When Falling in Love gets Buried in the Lede

Ian Stirling, publisher of the Daily Herald, refuses to acknowledge his growing feelings for Merideth. But when she starts her first week at the Daily Herald as Ian’s fake girlfriend and the story of a lifetime falls into her lap, he can’t bury his feelings any longer.

They have five more days according to their agreement, when the story steals her attention away from Ian. A missing woman with ties to Ian and his friend. A mysterious foreign visitor. A young woman possibly in danger. While Merideth worries about the story, Ian worries about Merideth’s safety.

Can Ian hide his feelings? Or will he finally stop burying the lede and tell Merideth everything? 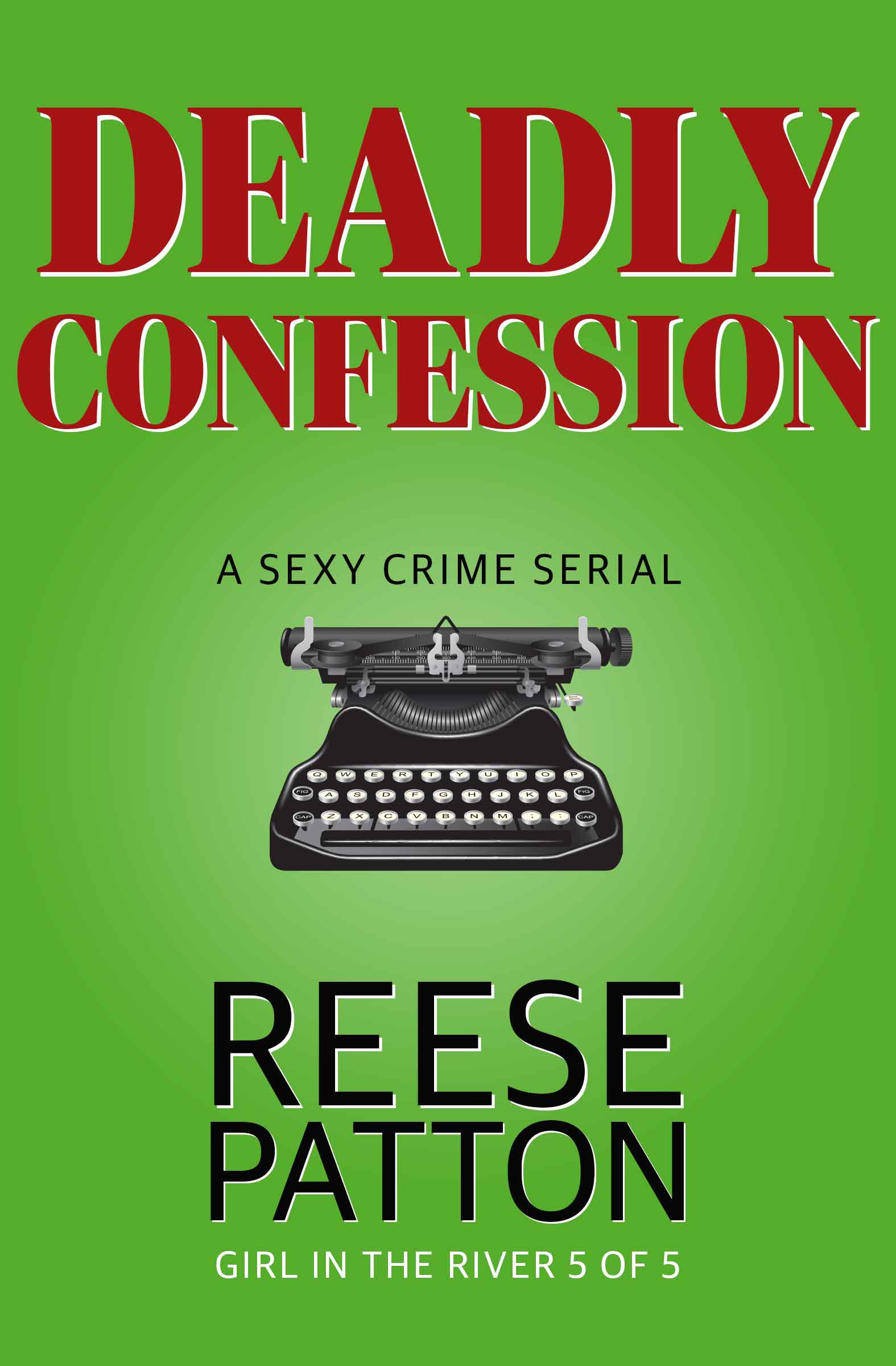